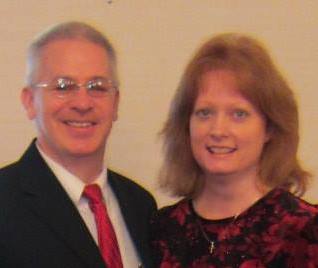 "Always pray for the Pastor." -Amen

Pastor Rusty Conyers and his wife Maria are both from Sumter, SC. They both were saved as children, and met in church as teenagers. They have two sons, Chad and Clint.

Bro. Rusty answered the call to preach at the end of 1996. He began his ministry with a bi-vocational pastorate in S. C. In November 1998 he went into full time ministry, and pastored two churches prior to coming here to Liberty Baptist Church on October 10, 2010. Pastor Conyers holds a B.A. in Min.